In 2007 ABC News reported on a study which found that marijuana may be helpful in fighting breast cancer. Little research has been published since on the matter, but the results were encouraging, to say the least. 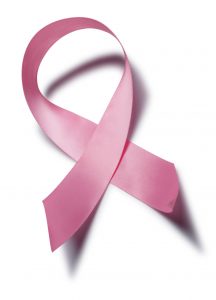 The study was conducted by researchers at the California Pacific Medical Center in San Francisco, and was funded by the California Breast Cancer Research Program. According to ABC News, researchers “have found at the cellular level, a compound in cannabis inhibits the gene that controls the spread of cancer.”

“The problem is not the cancer itself, the problem is the spread of the cancer,” said cancer researcher Yvez Desprez, Ph.D, who points to the gene ID-1 as the trigger. “When this type of gene is expressed, the cells basically go crazy and they’re very aggressive and they metastasize everywhere in the body,” said Desprez.

“We could expect that if we create really effective inhibitors against it, we could potentially treat many types of aggressive cancers,” said cancer researcher Sean McAllister, Ph.D, who collaborated on the research with Dr. Desprez.

“What we found was cannabidiol is a particularly good inhibitor of this gene that’s responsible for the ability of cancer cells to become very aggressive,” McAllister told ABC.

Both McAllister and Desprez, though stating that it could be quite some time before it makes the transfer from research to implementation, believe that this could lead to an oral or intravenous treatment alternative to chemotherapy.

Clearly more research is needed on the issue, which we hope we see in the near future. Until then, those working to bring breast cancer awareness should have their eyes on the cannabis plant, which may turn out to be the most effective medicine we have in combating this terrible disease.