According to congressional research from 2005, over 30 nations across the globe allow for legal hemp cultivation, including our neighbors to the north, Canada. According to the same research, America is the only “developed” nation in the world that mai 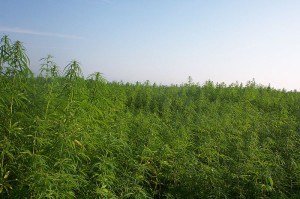 ntains hemp as an illegal crop that their nation’s farmers can’t legally cultivate. This is despite the fact that we allow for the sale and production of numerous hemp products – everything from lotions, to roasted hemp seeds. Why our nation is so behind is clear – big business and special interests buying political power – with of course some baseless, absurd propaganda thrown in.

But times are changing, and recently legislation has been filed to end federal hemp prohibition, sponsored by the Republican Senate leader Mitch McConnel, which is garnering more support than any hemp bill since it was made illegal. In the meantime, states like Kentucky are continuing to pass laws ending hemp prohibition on the state level – 9 states have taken this path. Even the U.S. House Majority Leader John Boehner, a Republican, has stated recently that he’ll discuss moving hemp legalization forward with McConnell.

By refusing to legalize and legitimize this huge commodity of a crop, our nation continues its prohibition, slamming farmers who grow it with steep criminal sanctions. According to congressional research from last year, our nation imports over $400,000,000 worth of hemp from other countries, primarily China and Canada. The same research indicates that the hemp market consists of over 25,000 various products, from food items, to textiles.

It’s clear that by keeping hemp illegal, our government is wasting a huge opportunity to bring revenue and jobs to our nation, not to mention allowing us to make further use of the most diverse plant on the planet. There’s no better time for advocates and activists to get loud about their support for legal hemp.