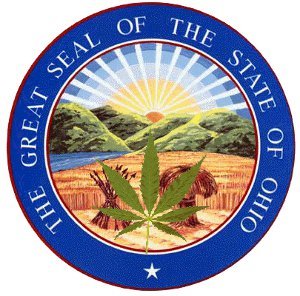 “With billions upon billions spent on the war on drugs with little progress to show for it, it is time for more sensible drug policy in this country,” Representative Hagan said during his announcement, “This issue deserves a ‘Yes’ or ‘No’ vote by the people.”

The first bill, House Bill 153, would allow qualified patients to legally possess and use marijuana, making Ohio the 20th medical marijuana state, if it passes.

The second measure, House Joint Resolution 6, would put marijuana legalization to a vote of the people if it’s approved by the state’s legislature and governor. The measure is modeled after Amendment 64, and would legalize the possession, private cultivation and state-licensed sales of marijuana to adults.

Ohio residents, now is the time to look up, and contact your elected officials, urging them to support these measures.