Psychedelic Drug Use At Highest Rate Ever in U.S.

Psychedelic Drug Use At Highest Rate Ever in U.S.

Neuroscientists from the Norwegian University of Science and Technology have conducted research, published last month in the magazine F1000Research, which found that psychedelic drug use – such as LSD an 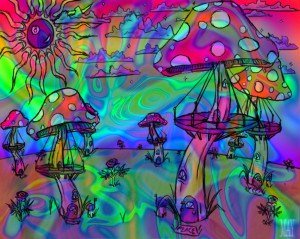 d magic mushrooms – are at a higher rate in the United States. than they’ve ever been. This includes during their prior prime, in the 1960s.

The data found that psychedelic consumption rates were highest among adults aged 30 to 34, at over 20 percent. This is significantly higher than the baby boomer generation, ages 50 to 64, an age group where 15 percent of individuals report having consumed a psychedelic substance in their live.

This rate, 15 percent, is on par with the 21 to 25 age group, but slightly lower than the overall average of 17 percent for those aged 21 to 64. Of those aged 65 and older, due to a huge cultural shift that took place after their teenage and young adult years, only 1 percent report having ever used psychedelics.

“Psychedelics are different from other drugs, in that they are not known to be physically harmful or cause addiction or compulsive use”, the researchers state in the study, “Archaeological evidence shows that psychedelic plants have been used in the Americas for over 5000 years”.

The study’s findings is a clear example that placing harsh criminal penalties upon substances does absolutely nothing to reduce their usage rates: A.K.A., the drug war is a failure, and will never work.