President of Uruguay to Defend Cannabis Legalization at United Nations

President of Uruguay to Defend Cannabis Legalization at United Nations

On Wednesday Uruguay’s House of Representatives approved a measure to legalize cannabis, including private cultivation. 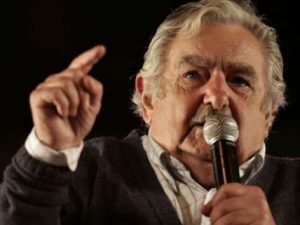 Uruguay President Jose Mujica will defend his nation’s move towards legalized cannabis at the United Nations in September.

The House’s approval of this measure effectively assures its passage; the Senate has reported that they have more than enough votes to approve the proposal, and they’re expected to do so this fall – if not sooner. Uruguayan President Jose Mujica is a strong advocate of legalized cannabis, and has been one of the most vocal supporters of the measure; he’s expected to sign it into law quickly after it’s approved by the Senate.

Not surprisingly, the United Nations has already been throwing a fit at the possibility of an entire country legalizing cannabis. To defend his nation’s move towards a more just policy, President Mujica will give a speech to the United Nations in September to explain why his country is taking the right approach in liberalizing their cannabis policies

Once this new approach takes effect, citizens of Uruguay will be authorized to possess cannabis, as well as cultivate up to 6 plants at home. Cannabis will be sold through designated cannabis clubs, as well as select pharmacies. Farmers wishing to make money cultivating cannabis legally will be able to sell their herb to the government, which will distribute it through the before-mentioned cannabis clubs and pharmacies.