John Schwarz is a smart man. Widely regarded as one of the fathers of modern-day string theory, Schwarz teaches theoretical physics at the California Institute of Technology. Next week, he makes a public stand in support of ending our absurd federal prohibition on medicinal cannabis. 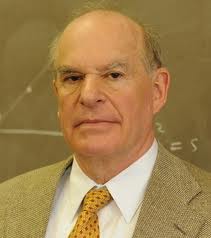 Schwarz, who wrote a powerful editorial for the Huffington Post a few months back with the title “Obama, What About “Free and Open Scientific Inquiry” for Medical Marijuana?”, will be the headline speaker for The National Medical Cannabis Unity Conference, a conference being held by Americans for Safe Access, featuring workshops and panels focusing on scientific research and policy planning regarding medical cannabis. The conference will take place in Washington D.C. from February 22nd to the 25th.

Prior to 2012, Schwarz had made no public statement in regards to medical cannabis. He’s started to speak up on the issue after years of seeing first-hand how useful cannabis was for his wife, Patricia, who suffered a bladder condition in the 90’s and has found medical marijuana to be her saving grace.

“Being a physicist, not a physician, I don’t usually comment on issues in medical science”, Schwarz stated in his editorial from November, “But I can no longer remain silent while people in my family and profession run the risk of federal arrest so that they can follow the recommendations of their doctors”. He continues, “Medical marijuana offers relief to people I care about, yet it remains illegal in the view of the United States government”.

His wife obviously agrees; “The way they’re treating science here is fundamentally wrong,” Patricia Schwarz, who also holds a doctorate in physics, told the Huffington Post. “This is not how it should work in an evidence-based society. You can’t live in a world you wish was true.”