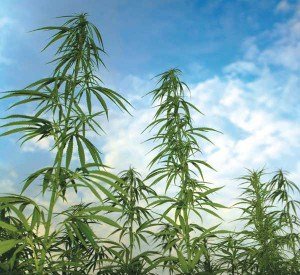 Industries Association has released a report which estimates the amount of hemp products sold in the United States in 2014.

According to the report, there was $200 million worth of hemp food and body care products sold in 2014. An additional $420 million worth of hemp milk, seeds, soaps, lotions, clothing, auto parts, building materials and various other products were sold (congressional research estimates the hemp market to consist of over 25,000 various products), bringing the total amount of hemp products sold in the United States in 2014 to $620 million.

The data on hemp foods and body care, which was collected by the market research firm SPINS, does not include sales figures from many convention retailers that don’t release sales data such as Whole Foods and Costco, meaning the number greatly underestimates the actual hemp market.

Overall, the hemp market grew 21.2% from the past year.

Although it’s legal in the United States to sell hemp products, and it’s legal to cultivate the plant if done as part of a state-sanctioned hemp research program, the cultivation of hemp for industrial purposes remains illegal