Over 50,000 Signatures Collected on Initiative to Legalize Medical Cannabis in Arkansas

Over 50,000 Signatures Collected on Initiative to Legalize Medical Cannabis in Arkansas 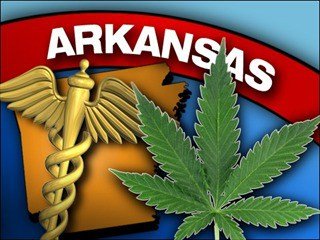 The nonprofit activist group Arkansans for Compassionate Care has announced that they’ve collected over 50,000 signatures on their initiative to legalize medical cannabis, putting them well on track to collect the 67,887 needed to place the measure on the 2016 general election ballot.

If the group is successful in placing the initiative on the ballot, and voters pass it into law, it will be legal for those with a recommendation from a physician to possess and use cannabis for medical purposes, while being authorized to purchase it from licensed dispensaries. Those who live over 20 miles from a dispensary will be allowed to cultivate up to five plants.

This, of course, isn’t the first time that Arkansas for Compassionate Care has attempted to place a medical cannabis initiative on their state’s ballot; in 2012 they were successful in putting their initiative to a vote, though it was defeated by less than 3% (ending with 48.56% of the vote). However, a lot has changed in the past few years, and support for medical cannabis has risen substantially.

According to polling conducted by Talk Business & Politics/Hendrix College/Impact Management Group – which was released in September – 84% of voters in Arkansas support legalizing medical cannabis.

Arkansas for Compassionate Care’s full initiative can be found by clicking here.