Oregon’s Largest Newspaper Comes Out in Support of Legalization Measure

Oregon’s Largest Newspaper Comes Out in Support of Legalization Measure 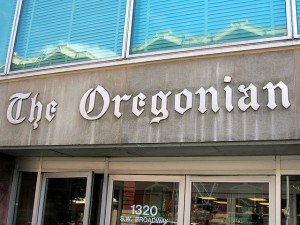 A representative from DHM Research, which conducted the poll (which was initiated by New Approach Oregon), introduced these numbers for the first time during the Judiciary Committee’s public hearing of HB 3371.

The Oregonian continues in their editorial, “HB3371 allows lawmakers to shape a responsible legalization scheme. The state would tax marijuana and license sellers, the idea being that pot should be treated more or less like beer and wine. People 21 and older would be allowed to grow plants for personal consumption.”

The Oregonian, however, feels that lawmakers should send the measure to the voters, rather than passing it outright, “New Approach Oregon’s own polling indicates that roughly twice as many likely voters would prefer lawmakers to refer a legalization plan to the ballot than send it to the governor’s desk. Turning HB3371 into a referral might even persuade more lawmakers to support it.”

They continue, “Legislators shouldn’t pass up their chance to determine how legalization would work. If they don’t send a proposal to the ballot, somebody else will. Somebody like New Approach Oregon, for instance, whose director, Anthony Johnson, said as much last week.”

And they’re correct: Regardless of what New Approach Oregon decides to do, the proponents of Measure 80 are already working on initiatives which will be ran, aiming for the 2014 ballot, if legislators fail to act this session.

It’s certainly excited to see so much movement. Oregon continues its path towards being the next state to legalize recreational marijuana.