Oregon Initiatives to Legalize Marijuana in the Works

Oregon Initiatives to Legalize Marijuana in the Works

The proponents of last year’s Measure 80 to legalize cannabis, which was on Oregon’s ballot, 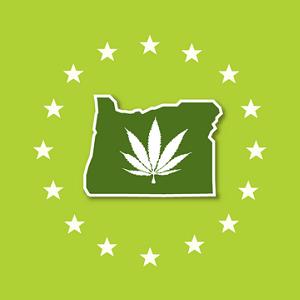 announced today that they’re planning a new effort to get measures on the ballot in 2014, if the legislature doesn’t act this session.

This past November the Oregon Cannabis Tax Act (Measure 80), which would have legalized cannabis for adults, had a great showing, though ultimately failed with a vote of 47% to 53%. Despite the defeat, these final numbers surprised many in the political world, as just two years prior an initiative to allow medical cannabis dispensaries failed with a considerably lower vote.

Now, the proponents of this act are getting behind recent efforts in the state’s legislature to bring legalization to the state. But if they don’t act swiftly, they’re taking action themselves.

CRRH [Campaign for The Restoration & Regulation of Hemp] is working in a coalition with others (to be announced) to implement marijuana legalization through Oregon’s legislature. We are drafting and polling on several Oregon initiative petition proposals for legalization and, if the legislature fails to pass the bill referenced above that we are working on, then we will start petitioning this summer to place both a constitutional and a statutory legalization initiative on the November 2014 Oregon ballot.

Those in the state should be excited about these efforts, as support for legalization is only increasing. The efforts in the legislature are promising, though in all honest their passage are far less than certain, likely making an initiative necessary.

With an improved campaign from last year, and increased momentum in the movement as a whole, legal cannabis in Oregon is a strong possibility by the end of next year.