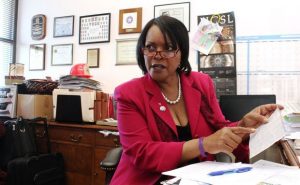 Senator Johnson, a voice of reason in Oklahoma.

SB 902 would direct the state to construct regulations and licenses for medical cannabis access points. SB 914 would significantly reduce the criminal penalties associated with possessing an ounce an a half or less of cannabis.

The bad news? Republican Senator Brian Crain, chairman of the Appropriations Subcommittee on Select Agencies, the committee that would need to vote through either bill to get it to the senate floor, has been very clear that he will deny it a vote.

“I’ve had several, several senators come up to me and tell me that they are opposed to any type of legalization of medical marijuana”, Sen. Crain, who was formerly Tulsa County’s Assistant District Attorney, stated to the media.

He goes on to say, “While I was an assistant D.A., it seemed that in every crime that was committed there was marijuana that was involved…..I’ve got some real concerns that when you’ve got marijuana you’ve also got other crimes that are involved with that.” 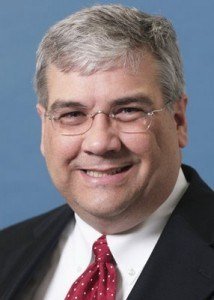 Crain, of course, states nothing more to back his claim, one that reeks of reefer madness.

Crain continued to spew lies, “In those states where there is medical marijuana that is allowed, there is a significant increase in the number of teenagers that are trying marijuana because it is available in their house”.

Crain, again, had nothing to back this claim. Studies consistently show that states that have legalized medical cannabis have seen a reduction in cannabis use amongst minors, not an increase.

Stepping above this ridiculousness,  Senator Johnson has made it clear that she’s considering doing an initiative, which wouldn’t need to be approved by the governor, house or senate.

Johnson states, “I think  initiative petition is all we have left because it’s not like it can be a state question, because that has to go through the legislature….If they won’t even hold a hearing on the issue to let folks come educate them, they’re certainly not going to pass a bill that would send it to a vote of the people.”

One thing’s clear amongst all of this; it’s refreshing to see some discussion and movement in a state where you can get life in prison for hash.