North Dakota Governor Doug Burgum announced on Friday that he has officially pardoned 16 people convicted of low-level marijuana crimes. The Associated Press is reporting that these are just the first wave in what may be thousands under a new policy the first-term Republican said gives former offenders a second chance. 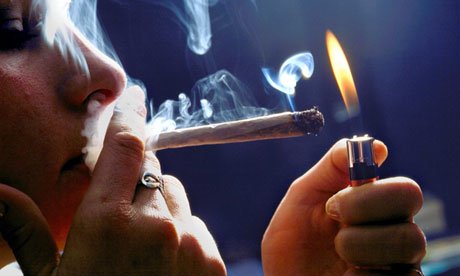 “The policy adopted last year allows people with low-level marijuana convictions petition to have their records wiped clean if they avoid unlawful behavior for five years”, states the AP. “The pardons erase the convictions as if they never occurred and records are shielded from public view.”

“They went through a second round of vetting,” Nowatzki said. “This is something the governor takes very seriously.”

According to the AP, Burgum has said the policy change could help address North Dakota’s workforce shortage and grow its economy, while removing the stigma for what are minor cases from years ago. People applying for pardons must complete a 1½-page form that law enforcement reviews before placing a case on the pardon board’s agenda. It costs nothing to apply. Nowatzki said some of the people turned down for the pardons may reapply by filling out more in-depth application.

The deadline for the first round of applications was Aug. 10 but only about three-dozen people applied, and corrections rejected several before the applications came to the pardon advisory board. Stenehjem, who sits on the five-member pardon advisory board, said he was surprised so few people had applied. He said estimated as many as 175,000 marijuana convictions over several decades could be eligible.

The deadline for the second round of applications for pardons under the new policy was Thursday. Corrections officials said 26 people applied.