House Bill 637 in North Carolina, which would decriminalize the possession of up to an ounce of marijuana, has advanced in the state’s legislature. In addition to decriminalizing possession, the measure would 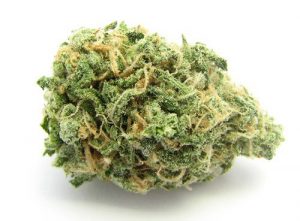 allow those prior convicted of a marijuana possession misdemeanor to have it expunged from their record. The bill has passed its first reading in the state’s House, and has been sent to the House’s Judiciary Committee. Its passage would set it up for a full House vote.

Under current law possessing up to an ounce in North Carolina is a misdemeanor offense that can easily ruin someone’s life, instantly denying them access to basic employment, housing and educational opportunities.

This much-needed measure would take these charges, and make them a $200 civil infraction, similar to a traffic ticket. The measure has 9 total sponsors.

This measure is not only necessary and undeniably beneficial, it’s a move that’s supported by the state’s residents: Recent polling has shown that 56% of of those in North Carolina support marijuana decriminalization.