As we reported was expected, New York’s Assembly Health Committee approved a measure this morning to legalize medical cannabis. The bill, which passed with a vote of 21-4, would establish state-licensed safe ac 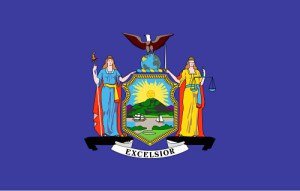 cess points that would distribute medical marijuana to qualified patients. Patients, and their caregiver (if they have one), would be authorized to possess up to 2.5 ounces, as long as they get a license through the state. License will be given to those who receive a valid recommendation from a physician.

The measure now moves toward a full Assembly vote, where it’s expected to pass.

Its passage would send it to the Republican-controlled Senate, where its outlook is uncertain.

However, one of the sponsors of the measure, Senator Diane Savino, said today that the majority of the Senate is planning to vote for the measure, stating, “We only need 32 in the Senate. We’re going to get this bill done this year”.

Residents of New York should be consistently contacting their legislators and governor, urging them to support medical marijuana – people can find their district’s legislators by clicking here.