New York City’s Comptroller John Liu, who’s currently running for mayor, has proposed a drastic overhaul of the city’s cannabis policies, calling for both the legalization of medical cannabis, as well as the leg 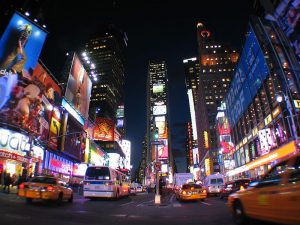 alization of cannabis for recreational purposes. According to John Liu, who recently commissioned a report on the issue, the city would raise over $400 million in annual revenue if it were to legalize cannabis with a 20% excise tax.

Liu claims that, according to this report, New York City has a $1.65 billion annual cannabis market.

“It is economically and socially just to tax it,” states Liu, “We can eliminate some of the criminal nature that surrounds the drug and obtain revenue from it.”

Under the proposed planned – which would need to be approved by state lawmakers to become law – private cannabis businesses would be authorized to open and sell cannabis, as long as they obtained a proper business license. Adults will be allowed to purchase and possess up to an ounce at a time.

Those in New York should be contacting their legislators, urging them to support the legalization of cannabis for both medicinal, and recreational purposes; you can look-up your district’s legislators by clicking here.