Today the full New York Assembly passed Assembly Bill 6357 – the Compassionate Care Act – by a vote of 95 to 38. If the measure becomes law, it will legalize the use and distribution (via dispensaries) of medical marijuana in New 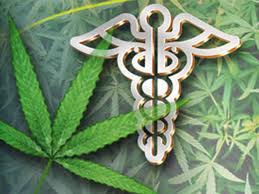 The bill now heads to the Senate, where, according to its primary sponsor Senator Diane Savino, there’s enough support to pass the measure. “We’re going to get this bill done this year”, said Savino.

This victory for the cannabis community is one of many of late in New York; The full Assembly recently passed Assembly Bill 6716-A, a measure to decriminalize the public display of up to 15 grams of marijuana. The measure moves on to the Senate, with the full support of the governor.

Also, Senator Liz Krueger recently announced legislative efforts to legalize marijuana across the state. The bill, titled the Marijuana, Regulation, and Taxation Act, would legalize possession of up to 2 ounces and the cultivation of up to 6 plants, as well as establishing state-licensed retail outlets.

To top it all off, last week 600 New York physicians signed a letter calling on lawmakers to allow the use of marijuana for medicinal purposes. The group declares in its official statement that “New York Physicians for Compassionate Care represents more than 600 physicians across New York who believe that doctors should not be punished for recommending the medical use of marijuana to seriously ill patients and that seriously ill people should not be criminalized for using medical marijuana if their physicians recommend that such use  may be beneficial”.