Amid a slew of propaganda that would lead the populace to believe otherwise, 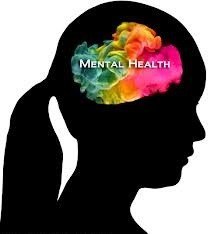 information is coming to light offering evidence that psychedelic drug use has benefits.

Recently, researchers at the Norwegian University of Science and Technology’s Department of Neuroscience examined data collected from more than 130,000 Americans in the National Survey on Drug Use and Health, in an effort to determine what kind of effect psychedelics have on mental health.

The study, published in the journal PLOS One, found that not only does the use of psychedelics have no association with mental illness, it actually reduces the risk of mental health problems:

The researchers conclude that “These results might reflect beneficial effects of psychedelic use,” and “relatively better initial mental health among people who use psychedelics”.

Specifically, the study found that those who had used psilocybin, mescaline, and peyote at any time in their life, and those who had used LSD within the past year, showed lower rates of serious psychological distress, and psychiatric medication prescriptions.

According to the study, the general use of any psychedelics at any point significantly reduced the rate of psychotic symptoms.