A new study conducted at the Institute of Molecular Psychiatry at the University of Bonn in Germany has found that cannabis triggers the release of antioxidants, which acts as a cleansing mechanism – resulting in the removal of damaged cells and improving the eff 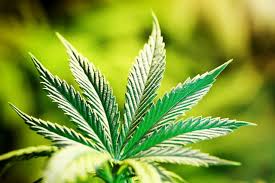 The study, published in Philosophical Transactions Of The Royal Society, states: “Neuroinflammatory processes contributing to the progression of normal brain ageing and to the pathogenesis of neurodegenerative diseases are suppressed by cannabinoids”. The findings show the benefits of the application of cannabinoids can be immense, especially for those suffering from degenerative conditions effecting the brain: “These discoveries shed new insight on how natural marijuana cannabinoids hold the capacity to literally kill the brain inflammation responsible for causing cognitive decline, neural failure, and brain degeneration. By supplying these receptor sites with cannabinoids, patients may be able to overcome brain conditions like Alzheimer’s disease, Parkinson’s disease, Huntington’s disease, and more, not to mention premature brain aging”.

Gery Wenk, a professor of neuroscience, immunology and medical genetics at Ohio State University, who conducted some of the research during the study, said he was encouraged by the findings and the potential development of cannabinoid solutions. “I’ve been trying to find a drug that will reduce brain inflammation and restore cognitive function in rats for over 25 years; cannabinoids are the first and only class of drugs that have ever been effective. I think that the perception about this drug is changing and in the future people will be less fearful.”