A new study published in the journal Crime and Delinquency has found that those who are stopped or arrested by police are considerably more likely to engage in future criminal activity, implying that policie 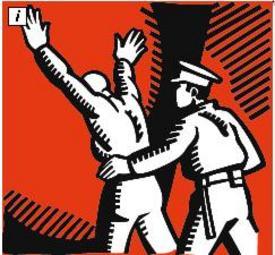 s such as New York’s ‘Stop and Frisk’ law could be much more detrimental than initially thought.

The study, which was conducted by researchers at the University of Missouri, concludes; “Our findings reveal that being stopped or arrested not only increases future delinquency but also amplifies deviant attitudes.”

“The most important finding was the fact that [police contact] had not only an effect on offending, but also on attitudes and other measures,” says Stephanie Wiley, the lead researcher of the study; “Those who were stopped were less likely to report that they would feel guilty if they were to commit future offenses. They also tended to agree with statements that rationalized antisocial behavior.”

These findings can easily be applied to the drug war, which allows police to harass otherwise law-abiding individuals over a personal choice. Even when someone doesn’t have or consume illegal drugs, the drug war brings about a mindset in police that finds them on a constant look for narcotics, meaning police will go out of their way to stop or search an individual in the hopes that they might have a leaflet of cannabis or a speckle of something else. These findings show that even when someone is innocent, being stopped by police – and treated as a potential criminal – may have a negative effect on that person.

“If, as Wiley’s study suggests, these stops actually undermine respect for the law and increase delinquency, then [New York City] could end up seeing a rise, rather than a drop, in crime rates in the long run”, states Time Magazine, speaking about New York’s ‘Stop and Frisk’ policy, which allows police to force an individual to empty their pocket, regardless of any criminal wrongdoing or proper suspicion. Although the study didn’t focus specifically on this policy, the study is a clear indicator that the policy could have a negative effect on the overall mentality of those who it’s used against (which, according to an ACLU report, is largely minorities).