A new study published by the British Medical Journal has found that drugs are cheaper and purer than ever before, despite an increase in drug seizures, indicating that the drug war has been a complete failure. 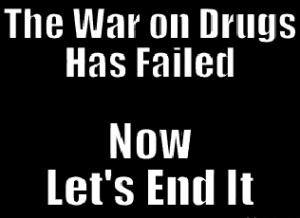 According to researchers; “With few exceptions and despite increasing investments in enforcement-based supply reduction efforts aimed at disrupting global drug supply, illegal drug prices have generally decreased while drug purity has generally increased since 1990. These findings suggest that expanding efforts at controlling the global illegal drug market through law enforcement are failing.”

They came to this conclusion after using “international drug surveillance databases to assess the relationship between multiple long-term estimates of illegal drug price and purity.” They found that in every nation studied, drug prices (adjusted to account for inflation) have dropped considerably over the past couple decades, and drug purity has risen significantly. This is despite the fact that major drug seizures have “generally increased”.

The study was conducted by researchers at the BC Centre for Excellence in HIV/AIDS in Canada, as well as the University of California.