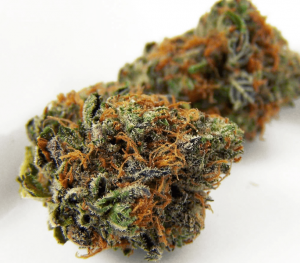 “While the Washington Office of Financial Management projected that 85 metric tons (MT) of marijuana would be consumed in the state in 2013, this report suggests that estimate is probably too low, perhaps by a factor of two. There is inevitable uncertainty surrounding estimates of illegal and quasi-illegal activities, so it is better to think in terms of a range of possible sizes, rather than a point estimate. Analyses suggest a range of 135–225 MT, which might loosely be thought of as a 90-percent confidence interval, with a median estimate close to 175 MT.”

The Washington State Liquor Control Board, the entity tasked with regulating the upcoming recreational cannabis market, intends to allow 80 metric tons of cannabis to be produced in the first year; half for use as dried bud, half to be used in infused products (edibles, lotions, etc.).

Along with insight into Washington’s aggregate consumption, other key findings of the study include:

The study concludes by elaborating on how difficult it is to draw definitive conclusions from information provided through surveys where people are hesitant to self-report their own cannabis use, but states that If cannabis is less stigmatized, users may be more honest about their consumption.