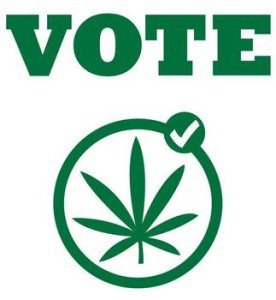 legalizing, taxing and regulating marijuana, with only 34% being in opposition. Of the 63% in support, a surprisingly high 51% consider themselves to be “strongly in favor” of such a move.

In addition, the polling found that 57% would vote in favor of a 2014 initiative modeled after last year’s narrowly failed effort, Measure 80. Proponents of Measure 80 have stated that they plan to run initiatives aiming for the 2014 ballot, unless the state’s legislature approves legalization this year.

Last month DHM Research released polling which also found a majority of Oregonians to be in favor of legalization. The poll found that 81% believe that, regardless of their personal views, legalization is inevitable.

The results of these polls are exciting, and should serve as a source of inspiration to activists throughout the state.