A new survey has found an overwhelming majority – nearly 80% – of those in Kentucky support legalized medical marijuana. The 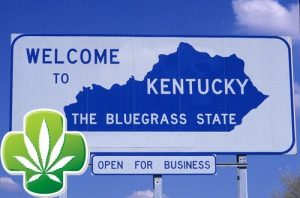 survey was funded by the Health Foundation of Greater Cincinnati and the Foundation for a Healthy Kentucky, and was conducted by the Institute for Policy Research at the University of Cincinnati.

The survey found that support was high regardless of an individuals party-affiliation. According to the polling, 73% of Republicans stated that they support such a move, compared to 83% of Democrats. Those who are registered independent support the measure at the highest rate – 86%.

Another question was asked, “Do you favor or oppose the Commonwealth of Kentucky allowing residents to buy and use marijuana under any circumstances?” 38% of respondents stated that they’re in favor of such a move, including being support by a majority – 51% – of those aged 18-29. Those aged 65 and older opposed the move at the highest rate, with only 21% in support.

The release of this polling comes just weeks after Kentucky legalized hemp on the state level, prompting advocates to begin lobbying for further reform, such as bringing medical marijuana to the state. This new survey will make clear to lawmakers that the vast majority of their constituents support allowing the compassionate use of marijuana.

Recent polling has found that 85% of Americans support allowing the use of medical marijuana by a qualified patient.