Senator Jon Erpenbach and State Representative Chris Taylor plan to soon introduce companion bills aimed at legalizing medical cannabis in the State of Wisconsin. Although lawmakers in the state have rejected similar p 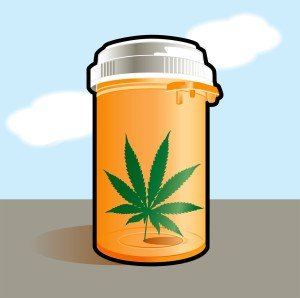 roposals in the past, the two remain optimistic that the change will be accepted in time.

“It’s really a situation where the Legislature is behind the general public,”  says Julie Laundrie, spokesperson for Senator Erpenbach. “Things will evolve and change here.”

The proposal, which according to Laundrie will be filed in the coming days, will bring forth a medical necessity defense for those who use cannabis for medical purposes, and will establish full arrest protection for qualified patients who become licensed with the state and possess up to 3 ounces, or cultivate up to 10 plants. The proposal is also expected to legalize state-licensed dispensaries.

Unfortunately Senator Leah Vukmir, chair of the Senate Committee on Health Services, where the bill will be initially placed, has express disdain for medical cannabis in the past. In 2009, during a public hearing for a similar medical cannabis proposal (the last time such a proposal has received a hearing in the state) she callously stated that; “What I resent most is this façade you are putting forth, using people who are dying of cancer, using people who have other illnesses, as your shield, and I think it’s something more than a ruse for you to move towards full legalization of marijuana”.

For those who find it ridiculous for someone to call medical cannabis – which benefits countless people – a facade, and want Senator Vukmir to stop standing in the way of reform, please contact her through e-mail at Sen.Vukmir@legis.wisconsin.gov, or by giving her office a call at (414)-453-0024.

Those in Wisconsin should also be contacting their district’s legislators (which you can look up by clicking here), urging them to get behind this soon-to-be-introduced legislation.