In a press release from this morning, U.S. Congressman Steve Cohen, a Democrat from Tennessee, introduced legislation to create a National Commission on Federal Marijuana Policy. The bill is inspired by the then-ignored Shafer Commission, ordered b 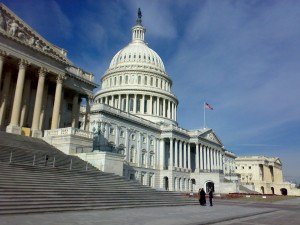 y President Nixon, which found marijuana prohibition to be baseless and without scientific backing – the group called for marijuana’s decriminalization, but was subsequently fired by Nixon.

This new commission would “undertake a comprehensive review of the federal government’s current policies toward marijuana, particularly in light of the growing number of states where marijuana is already legal for medicinal or personal use.”

“Regardless of your views on marijuana, it’s important that we understand the impact of current federal policy and address the conflict with those state laws that allow for medicinal or personal use of marijuana,” said Congressman Cohen.  “This conflict is only going to continue to grow over the next few years and we must provide certainty to the millions of individuals and businesses that remain caught in a web of incompatible laws.  A national commission would provide us with the information we need to create sensible policy going forward.”

The measure would study:

This legislation is cosponsored by Representatives Jared Polis from Colorado, Earl Blumenhauer from Oregon, Jim Moran from Virginia, and Sam Farr from California.

If you support the idea of studying the effects of marijuana prohibition on our nation, please contact your congressman, which you can do by clicking here.