A new initiative to legalize cannabis, titled the Marijuana Control, Legalization and Revenue Act of 2014, has been filed in the State of California. The proposal would legalize the possession, distribution, transfer and sell of cannabis for adults 21 and older. 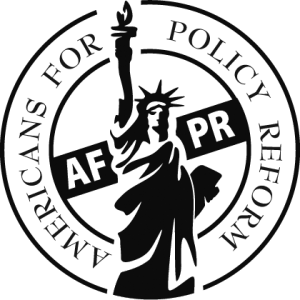 The logo for Americans for Policy Reform, the organization behind this new initiative.

This initiative, and the group behind it, is different than that of the California Cannabis Hemp Initiative, which was approved for circulation last month by the state’s attorney general. Both initiatives are aiming for the 2014 general election ballot.

“For the last year we have been reaching out to thousands of people with a grassroots, ‘open source’ document to legalize cannabis in California,” says Dave Hodges said, one of the sponsors of the initiative; “This is the first project of Americans for Policy Reform (AFPR), a new 501c4 dedicated to legislative reform. AFPR gathered information from people within the California Medical Marijuana movement and others from all walks of life.”

He continue; “The Marijuana Control, Legalization and Revenue Act of 2014 leaves no details out,” Hodges said. “It not only legalizes cannabis, but it also shows how it will be governed in an acceptable way that the majority of Californians can endorse. In addition, the Act is in compliance with new guidelines from the U.S. Attorney General office.”

“With this filing, we start the final stages toward ending cannabis prohibition in California”.

The full text of this initiative can be viewed by clicking here.