A new analysis of studies examining the effect marijuana has on a person’s lungs, published in the June issue of the Annals of the American Thoracic Society, 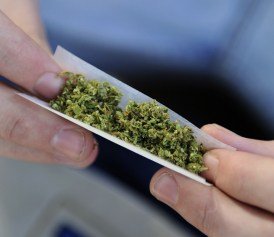 has found that those who consume cannabis have no increased risk of lung cancer, and may even have a slightly lowered risk. The research was conducted by Dr. Donald Tashkin, emeritus professor of medicine and Medical Director at Pulmonary Function Laboratory at the David Geffen School of Medicine at University of California.

Dr. Tashkin famously took part in a government funded study in 2006- the most comprehensive of its time – which found that cannabis does not increase the risk of lung cancer, and may reduce it. The findings surprised Dr. Tashkin, who, like the feds who funded the study, suspected the opposite results.

The new analysis re-examines this study as well as numerous others that have been done on the subject. The results confirmed his 2006 study, finding absolutely no connection between marijuana use and an increased likelihood of lung cancer.

“Findings from a limited number of well-designed epidemiological studies do not suggest an increased risk for the development of either lung or upper airway cancer from light or moderate use”, stated Dr. Tashkin, “In summary, the accumulated weight of evidence implies far lower risks for pulmonary complications of even regular heavy use of marijuana compared to the grave pulmonary consequences of tobacco.”