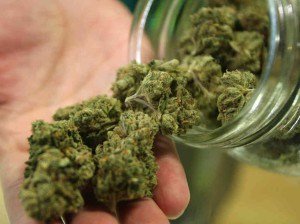 medical marijuana has been a constitutional right in Nevada,thanks to a voter-approved initiative which was passed in 2000. Despite this, and despite patients being legally allowed to possess and use cannabis, no safe access points have been authorized, leading most patients to rely on the black-market. Senate Bill 374 fixes this by legalizing roughly 60 dispensaries throughout the state which will supply patients with their medicine.

Under the proposal, the state’s Health Division will handle regulations, as well as licenses. Patients will be authorized to cultivate their own cannabis at home until 2016, allowing the dispensaries time to get fully established (we obviously wish that the home-growing component was permanent, but it’s better than it could of been).

The approval of this measure is a huge step forward for patients in the state, and a huge victory for medical marijuana safe access.