Last May the Netherlands imposed a national ban on the selling of cannabis to those visiting from out-of-country. Multiple cities, including Amsterdam and now Maastricht, have been 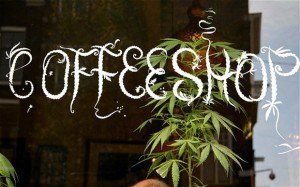 opting out of that law.

In November the city of Amsterdam announced that its 220 cafes were not going to abide by the new ban, or the new law requiring Dutch residents to register for a “weed pass” to purchase cannabis. The city stood by that, and after much lobbying from Amsterdam city officials, the Dutch government altered the law to give municipalities the right to use discretion on enforcing the ban. Not all cities have chosen to go the route of Amsterdam, however.

The mayor of Maastricht decided to take a different approach to enforcing the ban, sending police in to bust cafes not conforming to the new law. The new restrictions and raids caused multiple businesses to shut down, costing the city an estimated $185 million in annual revenue and 1.6 million in tourists, which the shops draw to the city annually.

One of the shops raided was the Easy Going Cafe, owned by Marc Josemans, spokesman for the Coffee Shops’ Association of Maastricht. Last month the case against Josemans was thrown out of court because, according to the judges, the mayor had failed to specify in legal terms why tourists should be excluded from the right to buy marijuana. Within days of the decision the Maastricht Coffee Shops’ Association declared it would ignore the ban and open its doors to both locals and tourists alike, based on the ruling. The mayor, promising to appeal the judges’ ruling, ordered a zero-tolerance approach by local police, resulting in further raids on local shops.

Now, after this test of will between local cannabis advocates and the mayor, the local cafes’ fight has paid off; the mayor and city council have announced they are seeking alternatives to the ban. Currently under consideration is the option to move the shops out of the city center and eradicate the ban completely. Recently the mayor testified to the failing of the ban, saying he needed more police across the city to control the rise in street-dealing that has resulted from it.

This victory comes at time when multiple cities across the Netherlands are requesting the ability to cultivate cannabis legally, sending suggestions for regulations to the Dutch Justice Ministry.