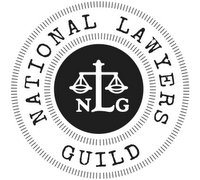 ion, and denouncing government tactics used to enforce prohibition – including those in law enforcement and private prison industries who are profiting from the war on marijuana. The report, titled “High Crimes: Strategies to Further Marijuana Legalization Initiatives”, makes several suggestions including supporting states’ rights to regulate cannabis use, reclassifying pot for medical research, and challenging world drug treaties.

The report’s “Summary of Recommendations” is listed below:

1. Reframe drug use as a social and public health issue and not a criminal justice problem. Research shows that punitive criminal justice drug policies do not decrease drug use. Legalization advocates should therefore push for harm-reduction strategies to address healthrelated drug problems and work to increase government funding for treatment and education.

3. Reclassify marijuana from its current status as a Schedule I substance. Mounting scientific and anecdotal evidence supports the therapeutic benefits of marijuana, yet the US government continues to insist that cannabis is a dangerous drug with no proven medical applications. Rescheduling cannabis would allow for expanded medical research and use under international law.

4. Support the right of states to legalize medical and/or recreational marijuana for adult use without federal interference or sanctions. Advocates of medical and recreational adult use cannabis should continue to work on state legalization initiatives through referenda where possible and legislation where necessary. These efforts should be accompanied by support for federal marijuana bills currently under consideration.

5. End the practice of civil asset forfeiture by law enforcement agencies. Seizures made during drug arrests lead to skewed police priorities, unjust treatment of drug offenders, the militarization of US police departments, and increased police corruption. Interim solutions include reassigning seizure money to a general fund and making forfeiture laws require criminal convictions before enabling the government seizure of any property.

6. Connect legalization efforts to the abolishment of the for-profit prison industry, which benefits from growing levels of incarceration. These measures include repealing harsh mandatory minimum sentences, challenging exploitative prisoner work programs, and releasing nonviolent drug offenders into community alternatives to incarceration or on the basis of time served.

The time has come to replace the drug war rhetoric with sound economic, criminal justice, and public health policies. Studies show that higher drug use is strongly correlated to income inequality, and that socioeconomic disparities and differential access to social support networks tend to be better indicators of drug use than existing drug laws and policies. Consequently, the NLG encourages policy makers and advocates to recognize that harmful drug use must be understood within the context of broader social and economic factors.

According to their website, the National Laws Guild “was founded in 1937 as an association of progressive lawyers and jurists who believed that they had a major role to play in the reconstruction of legal values to emphasize human rights over property rights. The Guild is the oldest and most extensive network of public interest and human rights activists working within the legal system.”