House Bill 0001, which would legalize medical marijuana in the state, has officially passed through the Illinois House of Representatives after a long debate, sending it to the Senate. The vote was 61-57. 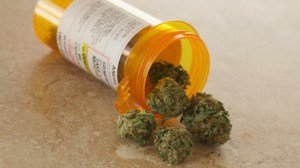 Yesterday, prior to the vote, a press conference was held announcing that over 200 physicians in the state have signed on to a resolution urging legal protections for medical marijuana patients and the doctors who recommend they use marijuana for medical purposes if they find it to be beneficial to them.

The measure would direct the state’s Department of Public Health to issue licenses to qualifying patients who receive a recommendation from their physician. Those who do would be able to legally possess up to 2.5 ounces of dried cannabis. Cultivation and distribution centers would be established for patients to obtain their medicine through safe access points.

If it passes the Senate, and isn’t vetoed by the governor, the measure would take effect on January 1st, 2014.

During the floor debate prior to the vote, a majority of those speaking on the bill spoke in favor. Illinois Representative Michael Tyron, who has been an outspoken opponent to medical marijuana for years, spoke in favor of the measure, stating that constituent testimony changed his mind (an example of how important it can be to contact your legislators).

The representatives who voted for this measure did so with the support of their state’s residents. According to polling released earlier this year, 63% in Illinois support legalizing medical marijuana.