There is a disturbing discussion occurring among cannabis legalization advocates: Is it time to abandon medical cannabis advocacy in favor of focusing on outright legalization? As a patient and cannabis advocate, I resoundingly say “NO!” – do not abandon the patients. 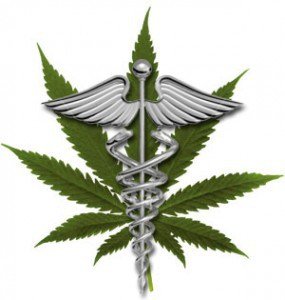 It is the most effective avenue the cannabis movement has within its arsenal to win the “hearts and minds” of those who oppose cannabis law reform.

Two states in the country now allow for the recreational use of cannabis in addition to medicinal use. In these states, plus the 16 other states and D.C., where medical cannabis is permissible, the path to legalization has been blazed (pun intended) by successful medical cannabis campaigns. The secondary success of medical cannabis, beyond the compassionate treatment of those in need, lies in the fact that the prevalence of medical use in the communities where such use is acceptable has been successful in softening the overall attitudes towards cannabis within these communities.

Thanks to communities like Seattle, Denver, San Francisco, Oakland, and even little Ellensburg, Washington, who have legislated ordinances favorable to medical cannabis, residents within those communities become accustomed to seeing cannabis as a part of the community. As these people see life continuing as before, they realize that the propaganda against cannabis is a lot of hype, not reality. This realization is a large part of the battle in gaining the support of the public.

More importantly, however, is the fact that our work as medical cannabis advocates is far from complete. There are patients in the 32 remaining states and territories of the United States who lack access to favorable medical cannabis laws in their state of residence. Looking at the Drug War as exactly that, a war, I look back to World War Two. On 4 January 1945, General ‘Blood and Guts’ Patton confided in his diary, “We can still lose the war”. Like the feds, the Germans were striking on multiple fronts simultaneously and causing the allies significant hardship and casualties.

We too are suffering losses in our war. Some victims such as Chris Williams, Mark Emery, and Aaron Sandusky are being held as prisoners of war. These POWs are lost to us temporarily until their sentences are completed. Other POWs, such as John Knock, Paul Free, and Larry Duke, to name but a few, are serving life for non-violent marijuana crimes. In compensation for other, more permanent losses, such as Ric Smith, Richard Flor, and Peter McWilliams, we have medical cannabis, the living legacy to remember them by; the very thing they fought for so valiantly while they were among us.

America’s Drug Czar has vowed to make life difficult for those who chose to sell cannabis in Colorado and Washington. In all the states where the people have enacted medical cannabis, the opposition works to repeal the will of the people. The legalization movement has gained strength in recent years, as proven by the recent ballot success stories. In the face of the victories in Washington and Colorado, the defeat of the Oregon Cannabis Tax Act in Oregon, a rather green state in comparison to most others, is evidence that outright legalization is not a sure thing just yet. Now is not the time to abandon medical cannabis advocacy.