The mayor of Washington D.C. will decide if the district decriminalizes cannabis. 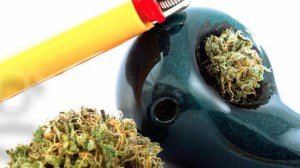 , making the possession of up to an ounce a simple $100 ticket, rather than a misdemeanor which can carry with it up to 6 months in jail.

This proposal, which is supported by 75% of D.C. residents (according to recent polling), has already gained the support of the majority of the council. In fact, a majority of the council – 8 members in total – have signed on as sponsors of the measure. This puts the fate of the proposal – which will be voted on this fall – entirely in the hands of the district’s mayor.

This gives advocates a clear goal of who they need to persuade in order to get the bill approved into law.

Those who live in the district should be contacting – through phone, e-mail, etc. – the mayor, urging him to support this common-sense proposal which would save the district money, free up prison space and allow police to focus on more serious crimes. You can contact the mayor by clicking here.

We have strong hopes that the mayor will support – or at least not stand in the way of – this proposal, meaning that the capital of the United States may soon have no criminal charges associated with the possession of small amounts of cannabis.