Senate Bill 241, sponsored by Senator Gail Schwartz, passed through Colorado’s Senate today with a 34-1 vote. The measure would enable the state’s Department of Agriculture to license farmers to cultivate hemp beginnin 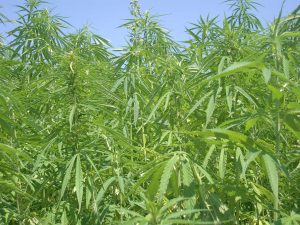 g this year. Farmers would have the option of applying for a 10-acre plot in order to study the viability of various hemp varieties, or they could apply for a larger, full-scale hemp farm – one that wouldn’t be limited by the number of plants, but rather by the THC content in said plants.

With the recent passage of Amendment 64, which legalized small amounts of marijuana for adults, hemp was removed from the state’s controlled substances list, though a provision of the initiative states that that hemp cultivation is contingent on legislative action – this bill would be that required action necessary for the state to begin distributing hemp licenses.

To help show just how mainstream hemp has become, senators passed out, and ate, hemp granola bars prior to the vote. Despite our nation importing over $400,000,000 worth of hemp from other countries for products like this, it remains entirely illegal for our farmers to cultivate it. This measure would allow Colorado farmers to cultivate this plant, which recent congressional research indicates consists of over 25,000 various products.

Senate Bill 241 now moves to the House, where its passage would send it to the governor for final approval.