Marijuana Use Associated With Long-Term Mitigation of Pain, Finds Study 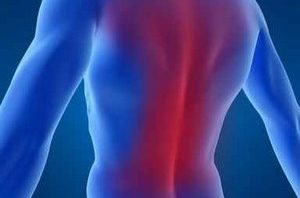 Marijuana Use Associated With Long-Term Mitigation of Pain, Finds Study

According to newly released research which backs up years of previous studies, the medical use of marijuana results in long-term improvements in the conditions of those suffering from chronic pain: This is according to the new study which was published in The European Journal of Pain. The study is titled Medical cannabis treatment for chronic pain: Outcomes and prediction of response.

For the study Israeli researchers examined federally licensed medical marijuana patients over a year-long period regarding their use of the plant for treating chronic pain.

“At one-year, average pain intensity declined from baseline by 20 percent”, states the study. “All other parameters improved by 10 to 30 percent. A significant decrease of 42 percent from baseline in morphine equivalent daily dosage of opioids was also observed. Reported adverse effects were common but mostly non-serious.” Researchers found that any adverse effects declined over the course of the study period.

The study concludes by stating: “This prospective, comprehensive and large-scale cohort demonstrated an overall mild to modest long-term improvement of all investigated measures, including pain, associated symptoms and importantly, reduction in opioid (and other analgesics) use. It seems likely that MC [medical cannabis] treatment can be safe for most patients.”

Background: Although studied in a few randomized controlled trials (RCTs), the efficacy of medical cannabis (MC) for chronic pain remains controversial. Using an alternative approach, this multicenter, questionnaire-based prospective cohort was aimed to assess the long-term effects of MC on chronic pain of various etiologies and to identify predictors for MC treatment success.

Methods: Patients with chronic pain, licensed to use MC in Israel reported weekly average pain intensity (primary outcome) and related symptoms before and at 1, 3, 6, 9 and 12 months following MC treatment initiation. A general linear model was used to assess outcomes and identify predictors for treatment success ( ≥30% reduction of pain intensity).

Results: 1045 patients completed the baseline questionnaires and initiated MC treatment, and 551 completed the 12 month follow-up. At one year, average pain intensity declined from baseline by 20% [-1.97 points (95%CI= -2.13 to -1.81; p<0.001)]. All other parameters improved by 10-30% (p<0.001). A significant decrease of 42% [reduction of 27mg; (95%CI= -34.89 to -18.56, p<0.001)] from baseline in morphine equivalent daily dosage of opioids was also observed. Reported adverse effects were common but mostly non-serious. Presence of normal to long sleep duration, lower body mass index (BMI) and lower depression score predicted relatively higher treatment success, whereas presence of neuropathic pain predicted the opposite.

Conclusions: This prospective study provides further evidence for the effects of MC on chronic pain and related symptoms, demonstrating an overall mild to modest long-term improvement of the tested measures and identifying possible predictors for treatment success.

Significance: This “real world” paper shows that MC mildly to modestly attenuates chronic pain and related symptoms. MC treatment can also cause frequent, but mostly non-serious adverse effects, although central nervous system (CNS)-related AEs that can impair the ability to drive vehicles are not uncommon. This study is novel in identifying possible predictors for treatment success, including normal to long sleep duration, lower BMI and lower depression scores. In contrast to current beliefs the diagnosis of neuropathic pain predicts a less favorable outcome. These findings provide physicians with new data to support decision making on recommendations for MC treatment.

Below are the study’s affiliations: