This Marijuana Stock is Worth $1 Billion – Should You Buy In?

This Marijuana Stock is Worth $1 Billion – Should You Buy In?

By Todd Campbell, The Motley Fool

The marijuana stock market is quickly growing, with one company already worth $1 billion.

Medical marijuana use in the U.S. is picking up steam, but in Canada, the marijuana market is getting white hot, and that’s caused Canadian marijuana stocks like Canopy Growth Corporation (TSX:CGC)(NASDAQOTH:TWMJF) to soar to sky-high valuations. Can this marijuana stock keep climbing?

A bit of backstory

The success of pro-pot advocates has been helped by an increasingly more widespread positive view of cannabis, particularly for medical use. According to Gallup, 60% of Americans favor marijuana legalization, the highest on record, and an even greater proportion of Americans support the use of marijuana as medicine. 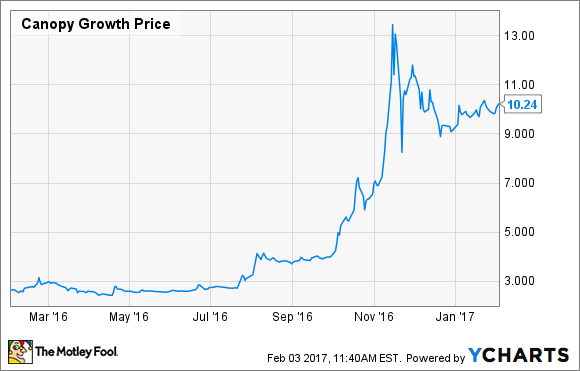 Recently, shares have given back some of their gains following Donald Trump’s picking marijuana opponent Jeff Sessions as the next U.S. attorney general,. However, Canopy Growth’s market cap is still about $1 billion, and that’s pretty impressive given that it’s still producing limited revenue. 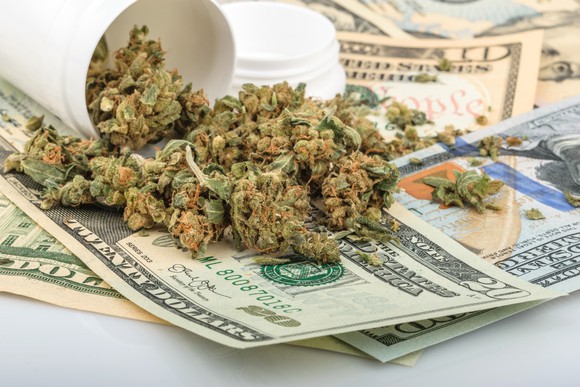 Is Canopy Growth worth it?

Canopy Growth competes with Aphria, Inc. (NASDAQOTH:APHQF), but it’s the largest medical marijuana company in Canada; and its recent acquisition of Mettrum gives it plenty of scale to leverage to capitalize on recreational use in Canada and conceivably growing use in the United States.

Currently, Canopy Growth’s sales are running at only about a $8 million (Canadian) quarterly clip right now; but that sales pace could quicken, based on studies.

For example, Deloitte recently conducted a survey that led it to conclude that Canada’s marijuana market could grow to $22.6 billion in the future; including $4.9 billion to $8.7 billion in retail sales annually.

Canopy Growth is investing in production, marketing, and sales to make sure it gets its fair share of that total. The company operates a 472,000-square-foot former Hershey chocolate factory; and its acquisition of Mettrum brought its production capacity to 665,000 square feet. To make sure that consumers line up to buy its marijuana products, its marketing team is developing well-known brands, including Tweed, and — via a partnership with pro-pot supporter and musician Snoop Dog — Leafs by Snoop.

Canopy Growth’s billion-dollar valuation, however, could mean that a lot of its short-term opportunity in Canada is already priced into its share price. The company’s shares could still reward investors. However, there’s no guarantee.

In order to keep climbing, management will need to significantly ramp up sales to a point that justifies current optimism and that offsets its costly expansion plans. If reinvestment into its business leads to big losses, investors could quickly sour on the company’s stock. Furthermore, political uncertainty in U.S. could derail enthusiasm, especially given new and arguably unfavorable leadership in Washington, D.C.