This weekend (June 21st to June 24th) mayors from across the country will convene at the 81st annual U.S. Conference of Mayors, held in Las Vegas. One of the topics up for discussion is 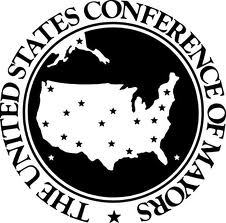 a resolution “in support of states setting their own marijuana policies without federal interference”. The proposal – introduced May 22nd – is sponsored by San Diego Mayor Bob Filner and 8 other mayors from cities across the country: Aurora (CO), Berkeley (CA), Binghamton (NY), Glendale (CO), Oakland (CA), San Leandro (CA), Seattle (WA), and Tacoma (WA).

The resolution was approved by its initial Conference of Mayors committee today, and will be up for a full vote on Monday.

“Ultimately, this is about whether local and state governments can develop, adopt, and implement public health laws without heavy-handed interference by the federal government,” said Steph Sherer, Executive Director of Americans for Safe Access, the organization backing the resolution.

BE IT RESOLVED that The United States Conference of Mayors reaffirms its support of fair and effective criminal justice and drug policies and reiterates its previous call for the reclassification of marijuana under federal law; and

BE IT FURTHER RESOLVED that The United States Conference of Mayors recognizes that its members have differing views on how to treat marijuana in their cities, and believes that states and localities should be able to set whatever marijuana policies work best to improve the public safety and health of their communities; and

BE IT FURTHER RESOLVED that The United States Conference of Mayors believes that federal laws, including the Controlled Substances Act, should be amended to explicitly allow states to set their own marijuana policies without federal interference; and

BE IT FURTHER RESOLVED that until such time as federal law is changed, the United States Conference of Mayors urges the President of the United States to reexamine the priorities of federal agencies to prevent the expenditure of resources on actions that undermine the duly enacted marijuana laws of states.

The United Conference of Mayors has voiced its opinion on ending the war on drugs in recent years; in 2007, they declared the war on drugs a failure and called for a health-centered approach to drug policy, and last year they adopted a resolution calling for an end to the state-federal conflict over marijuana policies that “frustrates our citizens, costs cities significant time and resources to address, and prevents the establishment of a regulated and safe system to supply patients.”