Marijuana Legalization and Decriminalization On The Ballot Today

Marijuana Legalization and Decriminalization On The Ballot Today 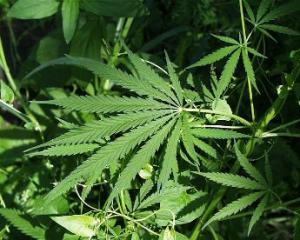 In Colorado, Proposition AA would impose a 15% excise tax on wholesale recreational marijuana transactions, as well as an additional 10% sales tax at the retail level. The measure is expected to pass despite the opposition of some vocal segments of the state’s marijuana community.

In Lansing, Jackson, and Ferndale, Michigan, voters will be asked to amend city charters to ensure “that nothing in the Code of Ordinances shall apply to the use, possession, and transfer of less than one ounce of marijuana, on private property, by a person who has attained 21 years,” as the Lansing language puts it.

“It’s important to send a message and to take a position as a capital city,” said Jeffrey Hank, a Lansing attorney who has pushed to decriminalize marijuana in Lansing. “We’re the last of the major Michigan cities to have (marijuana decriminalization) reform.”

In Portland, voters in Maine’s largest city will decide whether to approve Question 1, which would allow adults 21 and over to possess up to 2 ½ ounces without penalty. The question also includes a resolution of support for taxing and regulating marijuana at the state and federal level.

While the Maine and Michigan local initiatives are likely to be ignored by state and local law enforcement, they will still have the symbolic value of putting voters on record as supporting marijuana law reform. If they pass, that is.