A new poll out of Maryland has found that 53% of those in the state support the legalization of cannabis. 68% are in support of decriminalizing the possession of up to an ounce, and 72% support medical cannabis legalization. 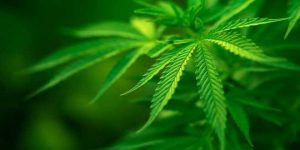 The poll was commissioned by the Marijuana Policy Project in collaboration with the ACLU of Maryland. The results showed an 11% increase in the support for decriminalization since the last poll just 2 years ago.

This past legislative session Maryland lawmakers discussed a proposal to decriminalize cannabis, as well as a legalization proposal. Both bills started a good discussion, and the decriminalization bill made some movement, but both stalled in committee; both are expected to be discussed again in the coming session.

In Maryland there are roughly 25,000 annual cannabis arrests, with 90% being for mere possession. Clearly voters in the state are tired of this, and ready for a new approach.