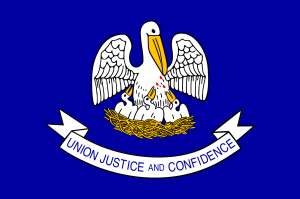 House Bill 103, a measure filed in March which would significantly reduce the penalties associated with marijuana possession, passed today through Louisiana’s House Criminal Justice Committee with a unanimous 14-0 vote.

On top of removing simple marijuana possession as an offense that carries with it a mandatory minimum sentence, the bill would drastically reduce the charge associated with subsequent cannabis possession charges. Under current law, someone can get up to 20 years in prison for their 2nd marijuana possession charge – this measure would drop that down to a maximum of a year, and would drop all charges after that to a maximum of 2 years.

“They’re clogging up the jails right now and the taxpayers have to pay for it”, stated Representative Austin Bradon, the sponsor of the measure.

Representative Dalton Honore supported the measure on a personal freedom basis, stating “I don’t smoke, I’ve never smoked, but if you want to go to your house and smoke marijuana that’s your business as far as I’m concerned”.

Although this is far from legalization, it’s a huge step forward in a state where current laws allows judges to sentence an individual to life in prison for their 4th marijuana possession charge (even if their record is entirely clean, and the chargers are related to nothing else but simply possessing a small amount).