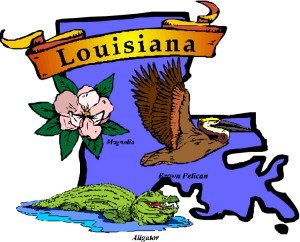 to legalize recreational cannabis for those 21 and older has been filed in Louisiana’s House of Representatives.

House Bill 117, filed by Representative Dalton Honoré, would explicitly legalize the possession, use and distribution of cannabis for recreational purposes. The measure would establish no specific possession limits, meaning it would legalize the possession of an unlimited amount of cannabis. This is in contrast to many recent legalization efforts, but would put cannabis on the same field of legality as alcohol and tobacco, where any amount is legal to possess.

“Everybody wants to do this, but nobody wants to step forward, and this is why I want to take it to the people to vote,” says Representative Honoré.

Representative Honoré points to success that’s being had with legalization in Colorado; “The studies have shown over the past year that crime has gone down and traffic fatalities have gone down in the state, and Colorado has produced some $44 million from sales and taxes for the State of Colorado”.

According to the latest statistics from the Louisiana Department of Corrections from June 2013, there are 1,372 people serving sentences over marijuana possession charges.

“We still have the mentality to put them in jail, lock them up and throw away the key”, says Representative Honoré. “We incarcerate more persons per thousand than anywhere in the world, in Louisiana”.

House Bill 117 has been assigned to the House Administration of Criminal Justice Committee. If approved into law, the measure would be put to a vote of the people during the 2016 general election ballot.