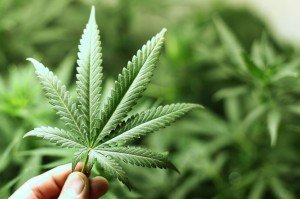 ssession in the state – it’ll be formally introduced next week. The measure would make the possession of up to an ounce of marijuana a civil infraction – such as a traffic ticket – rather than an arrestable misdemeanor like it is currently. This would instantly save the state millions of dollars, as well as free up law enforcement to focus more on serious and violent crimes, rather than persecuting individuals for possessing small amounts of a non-lethal herb.

“Marijuana has never been more available, and we do a terrible job of controlling it,” stated Representative Irwin. “By decriminalizing marijuana, we would take an important first step towards stopping the repeated failure that we’re engaging in with respect to marijuana prohibition.”

Although the measure faces certain challenges in the Republican-controlled House, Rep. Irwin believes that people might underestimate how many will get behind it, stating “I think there is far more support than folks would initially think in the Legislature for this idea.”

If the measure passes through the House, its fate will be decided by the Senate, and then the governor.