Legislation will be formally filed in September in Mexico City to legalize the possession of up to 25 grams of cannabis, as well as home cultiva 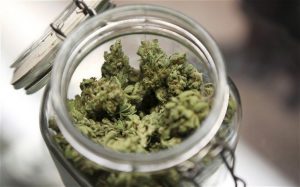 tion for personal use. The measure would also legalize cannabis clubs where people would be able to legally consume cannabis.

The news of the forthcoming legislation comes just days after former Mexico President Vincente Fox made a public statement arguing in favor of legalizing cannabis – he stated that he would grow it himself if it were to become legal.

With outpouring from the public regarding the tens of thousands of deaths brought forth by the Mexican drug cartels, and with legalization gaining momentum globally, the effort is expected to gain some traction.

Those in Mexico City should be spreading the word, building support and contacting elected officials regarding this coming proposal, urging individuals to support it.