Tomorrow at noon, legalization advocates and state lawmakers will hold a press conference in Maine to introduce legislation that would legalize cannabis in the state. 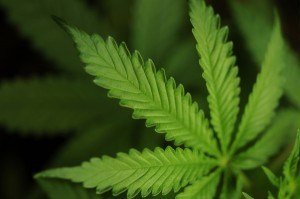 The measure, being referred to as “An Act to Tax and Regulate Marijuana”, would legalize cannabis for adults in a similar fashion to alcohol, and is planned to be based roughly on legalization initiatives that recently passed in Washington and Colorado.

Sponsors of the bill include State Representatives Diane Russell and Aaron Libby, both of which are scheduled to speak at the press conference tomorrow, which will take place at the Welcome Center of the State House. Others planning to attend include Shenna Bellows, Executive Director of the ACLU of Maine, and David Boyer, Political Director for the Marijuana Policy Project.

Representative Russel has filed similar legislation the past two years, both of which failed to garner the support needed to move to a full House vote. However, support for legalization has grown substantially over the past year, and advocates are in a better position than ever to make legalization a reality.

If you live in Maine, contact your state legislators, and urge them to support legalization.