Over $1.2 Million of Recreational Cannabis Sold in First 10 Days of Legal Sales in Washington State

Over $1.2 Million of Recreational Cannabis Sold in First 10 Days of Legal Sales in Washington State

In the first ten days of legal recreational cannabis sales in Washington State, over $1.2 million of cannabis was sold, despite 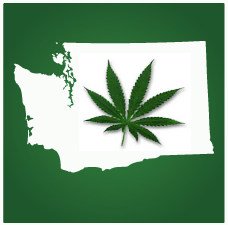 just six outlets being open on the first day, and despite Seattle’s only outlet being closed just four days after sales began due to shortages.

In Washington, 334 recreational cannabis outlets have been approved, though most all of them aren’t ready to open their doors, either because of the slow process of obtaining a license, or due to a lack of steady supply due to the low amount of producers currently operating in the state.

Despite these issues, the state is still on track to make roughly $1,00,000 in taxes for the first thirty days of sales.