Legal Cannabis in Uruguay to be $2.5 Per Gram

Legal Cannabis in Uruguay to be $2.5 Per Gram

Cannabis is on the verge of being legalized in Uruguay, with the nation’s House of Representatives recently passing a president-backed legalization measure which has enough support in the Senate to be approved. Once t 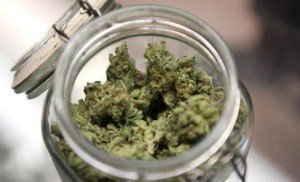 he law takes effect, cannabis possession and private home cultivation will be legalized for adults 18 and older, as will government-authorized sales through cannabis clubs and designated pharmacies.

Under the proposed regulation system, cannabis will be sold at only $2.5 per gram, according to Univision.

According to advocates of the proposed law, having the price set at a reasonable rate is important, so to sway people away from the black-market which tends to fund criminal enterprises.

As the nation moves forward with this plan to legalize and regulate cannabis, the whole world is watching closely. In September, Uruguay’s president will give a speech to the United Nations, defending this new policy.