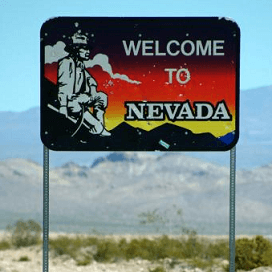 nts from being prosecuted when driving unimpaired by removing the state’s unscientific driving limit which finds someone instantly guilty of a DUID (driving under the influence of drugs) if they have 2 ng/ml or more THC in their blood, which is determined through a blood draw. The measure was approved by the Nevada State Assembly last month with a 31-8 vote.

The legislation is sponsored by Assembly Majority Leader William Horne, a Democrat from Las Vegas. “Marijuana is currently the only drug we have a limit where we say, ‘you have this much, so you must be impaired,’” Horne stated today during the public hearing, “I think that’s unfair.”

Unfair is right, as it’s not possible to determine if someone is impaired based solely on the THC in their blood, especially when you consider that even active THC can linger in the body for days, and everyone metabolizes THC differently. Even the U.S. Department of Transportation has stated: “It is not possible to conclude anything about a driver’s impairment on the basis of his/her plasma concentrations.”

Unfortunately the measure would only apply to qualified patients, and not recreational consumers, but given that patients are disproportionately targeted by the state’s driving limit (patients often consume more, and more often than those who consume recreationally), it’s still a major step in the right direction, and could save hundreds from innocent prosecutions.

No action was taken on the measure, which isn’t uncommon directly after a public hearing. Residents of Nevada should contact members of the Senate Health and Human Services Committee, urging them to support this measure. Marijuana driving laws should be based on impairment, not a random limit with no scientific basis.