In another example of an out-of-touch, power-hungry politician ignoring common-sense, as well as his constituency, Kentucky’s Speaker of the House Greg Stumbo made a public announcement today that Senate Bill 50, to legalize hemp, will not be getting a full House vote this session. 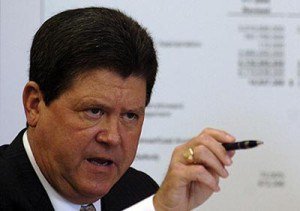 This news comes just days after Kentucky’s Senate approved the measure by a vote of 31-6; the measure passed its initial committee, the Senate Committee on Agriculture, unanimously.

Showing even further cowardice, Stumbo didn’t even oppose the measure getting a vote on his own accord, but instead tried to use the excuse that there “isn’t enough time”. A spokeswoman for Republican Agriculture Commissioner James Comer, who pushed the bill, told Kentucky.com that this is “hypocritical” , noting that legislation is routinely taken from the Rules Committee and placed on the House’s daily agenda, known as the “Orders of the Day”.

We strongly encourage those in Kentucky to contact Stumbo – potentially multiple times – letting him know exactly how ridiculous it is for him to not allow a vote on this measure. Point out that 65% in the state support legal hemp, and that you won’t stand for such a clear overuse of power.

Stumbo could of easily done what Senate President Robert Stivers did, which was allow a full vote, even though he doesn’t support the measure himself.

You can find contact info for Greg Stumbo below. Make use of it Kentuckians (and take note that Stumbo is up for reelection next year)!