Kentucky House Speaker David Osborne has said that legislation to legalize medical marijuana may be voted on in the House as soon as next week.

The measure cleared the House Judiciary Committee on a 17-1 vote Wednesday, reports the Associated Press. One of its lead sponsors, Republican Rep. Jason Nemes, has predicted it would pass the House by a wide margin. House Republicans will discuss the measure internally to gauge support and develop a plan for it when the GOP-led legislature reconvenes Tuesday, Osborne told reporters Friday. The speaker praised the bill’s supporters for crafting a version that has drawn a lot of support. 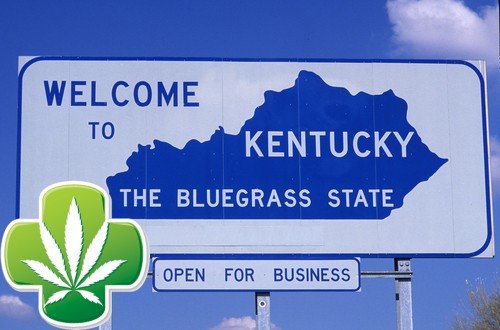 “I think they’ve done a good job of building support for it,” said Osborne.

Supporters of the measure point to strong grassroots support for the legal use of medical cannabis for people battling chronic pain and certain debilitating medical conditions. The committee hearing was packed with supporters of the bill Wednesday.

The AP reports that smoking medical cannabis would not be permitted under the Kentucky bill. Consumption could take place through such forms as pills and oils. State regulators would decide whether to allow chocolate or cookies containing THC, the psychoactive compound that gives marijuana users a high. Under the bill, a regulatory board would determine what conditions would qualify for doctors to prescribe marijuana to patients. The board would consist of eight doctors, four public advocates and a pharmacist. The bill also would set up a regulatory process allowing at least 25 dispensaries statewide to fill doctors’ prescriptions for medical marijuana.

If the legislation clears the House, it would still need to pass the Senate.

Senate President Robert Stivers recently described the issue as a “balancing test.” The Republican leader told reporters that he doesn’t want to see anyone suffer but also wants to make sure medical cannabis matches up as an “appropriate drug” for certain medical conditions.

“There are some real benefits to it, but we need to know what it benefits — what things are there without creating bigger health hazards,” Stivers said. “And that’s the same way with any drug. It’s a balancing test of do the goods outweigh the bads.”