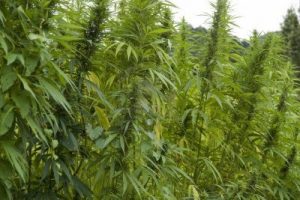 overnment deals with hemp – he’s asking that the Office of Drug Control Policy, the U.S. Department of Agriculture and the U.S. attorney general’s office work with the Drug Enforcement Administration on the issue.

“We want to explore any and all opportunities that have the possible potential for job creation and enhancing rural economies in areas of our state,” Governor Beshear stated in the letter.

Kentucky recently became one of 9 states which have passed laws legalizing hemp on the state level. However, the new law taking effect is contingent on either a change in federal law, or Kentucky being granted a federal waiver to cultivate hemp, something that both of the state’s U.S. Senators – Senators Rand Paul and Mitch McConnell – have been adamantly working towards.

Governor Beshear now joins the rapidly growing number of individuals, including lawmakers, which are calling for the U.S. to take a new, more pragmatic approach to the hemp plant, rather than prohibiting it outright.